And Now For Something Completely Different

If you were to ask people around the world what Hebrew vocabulary they know, most of them would recognize the word “Mossad”. Israel’s intelligence organization has a global reputation and is generally mentioned with respect and awe. It is not often that an institution like the Mossad opens its doors to the public and shares some of its history, but that is exactly what you can expect from a visit to the Israel Intelligence Heritage and Commemoration Centre. This non-profit organization, dedicated to honouring the intelligence community and commemorating their fallen through education and research, offers the public a unique opportunity to deepen their knowledge regarding Israel’s security concerns and management of terrorism. In addition, you can learn about their contribution to the country’s history and hear some of their inspirational stories. The impetus for opening the centre was to bring in children from peripheral areas, with low socio-economic backgrounds to motivate them with a sense of what they have to contribute to the country. To that end, all entrance fees are used to continue this educational outreach. Today both tourists and locals are welcome to visit. 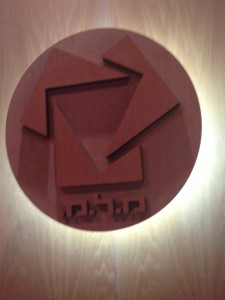 On a recent tour our guide was N, one of 60 volunteers who run the centre. She was born in Syria and immigrated to Israel via Lebanon, after the creation of the state. A natural raconteur, she kept our group enthralled for over five hours with her explanations and anecdotes.

N. explained how the Israel Defence Force, the Internal Security Force and the Mossad all have clearly delineated roles and how they co-operate in emergencies. She also showed us the names of the fallen from all of Israel’s intelligence organizations which are inscribed on the wall of a commemorative labyrinth, built to look like the human brain. N. shared with us how each individual on that wall made their own vital contribution to the country’s security. Over 700 names appear and their actions are documented in albums, films and files created in co-operation with their families and available for viewing in the centre’s library. However, there are still some names that are classified even after death and do not appear. Memorial services are held throughout the year and the centre has a small synagogue which has in it a one hundred and fifty year old Syrian Torah scroll, one of many rescued from that country. 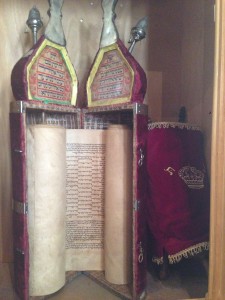 N. talked about the Mossad’s part in helping Jews to come to Israel from countries with which we have no diplomatic relations. She related how sometimes the prospective immigrants would be taken out to sea where they would meet up with Israeli boats. On one such occasion the Israelis waited for two hours at the agreed rendezvous, but no-one showed up. Eventually they left and went back to base. A few hours later they received a message that the people had now arrived but there was no-one there to greet them. Zvi Zamir, the head of the Mossad (1968-74) at the time, said he would go to fetch them. As chief of the organization he was given an impressive Dabur (‘hornet’) patrol boat to sail in rather than the usual Zodiac (souped-up dinghy) and arrived to see a small fishing boat with a rather shell-shocked family aboard. He greeted them in Arabic, but they did not respond, then he switched to French and after that Hebrew, but was rewarded with the same blank faces. In the end, the secular Zamir threw his hands in the air and declaimed loudly “Shema Yisrael Adonai Elokainu Adonai Ehad” (Hear O Israel the Lord our G-d the Lord is One). The people burst into huge smiles and a visibly moved Zvi Zamir welcomed them into his boat and brought them on the final stage of their clandestine journey. Throughout its history the Mossad has been involved in bringing Jews to Israel and according to N. has tripled the population of the country by making it possible for different groups of Jewish refugees to immigrate.

M. is another volunteer at the centre and he took part in Operation Solomon, the dramatic airlift of Ethiopian Jews to Israel in 1991. Paid for by US Jewry, the 36 hour secret operation brought 15,000 Jews to Israel before Ethiopia fell to rebel forces. At the height of the action 27 aeroplanes were in the air simultaneously and seven babies were born en route in the overcrowded planes, whose seats had all been removed in order to create more space. However, this was just one attempt to rescue these people in an ongoing saga that  began in the late 1970’s and plays like a James Bond script. Over 4,000 Ethiopian Jews died trying to find a way to come to Israel, with virtually every family losing a relative in the attempt.

A. explained his expertise, which is the tracking and collation of anti-Semitic incitement and incendiary material, deriving from terrorist organisations, BDS and all other sources. The centre publishes the material making it easily accessible as a resource to all. A. showed us Palestinian Authority produced broadcasts for children’s television where very young children were encouraged to become martyrs, praised for creating war-mongering poems and pictures and goaded to envision a Middle East without Israel. Perhaps the most shocking aspect of this presentation was the sweet looking young women or children promoting this hatred. 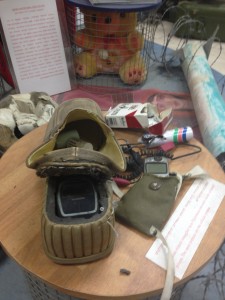 Two small museums on the premises offer a fascinating glimpse into the Mossad’s world. The terrorism exhibit displays captured weapons from terrorist caches ranging from rockets to suicide belts and items which were confiscated from visitors to prisoners in jail. This includes the shoe with a cell phone embedded in its heel, or children’s toys or books used to hide other forbidden items. The other exhibit shows artifacts from previous intelligence missions, such as the first ever Israeli drone, created out of a remote controlled toy plane, or a tennis racquet handle converted into spyware. 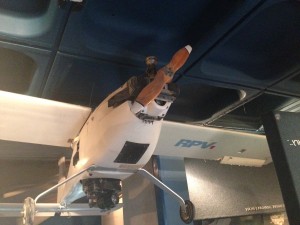 Whilst the subjects that are discussed are weighty ones, the commentary, lectures and films are often spiced with humour and can be adapted to visitors of all ages. A tour runs from one hour to a whole day and frequently visitors who think they will only stay for a short time end up changing their plans as there is so much to hear and see.